On the 1st of February 2018 R. Bauer attended a workshop called “Boosting Regions and Cohesion in the EU Border Regions”. The workshop was organized by the European Commission, DG Regio in cooperation with the Region of Bratislava. Participants from several countries have learned about the current situation in cross-border cooperation. DG Regio has called for new Proposals to overcome existing problems to cross-border cooperation mostly administrative and legal nature with an application deadline:  April 30, 2018. Further information: https://www.b-solutionsproject.com/ 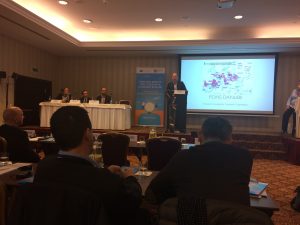 On 31st of January 2018 a working meeting was held in Miskolc, where the consecutive Kick-off meeting for the project Railgate was discussed. The meeting was attended by the project partners Detská železniča Košice, R. Bauer and the representatives of ÉSZAKERDŐ in Miskolc.